Background: V1A, a G protein coupled receptor, also called arginine vasopressin 1A (AVPR1A), is a receptor for neurohypophyseal peptide [Arg8]-vasopressin. V1A has shown to be highly expressed in the posterior pituitary gland, where it plays an essential role in controlling the water content of the body by acting on the kidney to increase water and sodium absorption. It is also abundant in the periphery in vascular smooth muscle, myometrium and the bladder, where it also acts to mediate contraction. Other functions include glycogen breakdown in the liver, inducing platelet activation, and triggering the release of corticotrophin from the anterior pituitary gland. Vasopressin is used clinically to treat diabetes insipidus. V1a receptor 2+ signals through phosphatidylinositol hydrolysis to mobilize intracellular Ca . Studies have shown V1A receptor antagonists to selectively block aggressive behavior in hamsters. Repeat variations in V1A have also been associated with the risk of autism, level of musical cognition, and level of altruism. 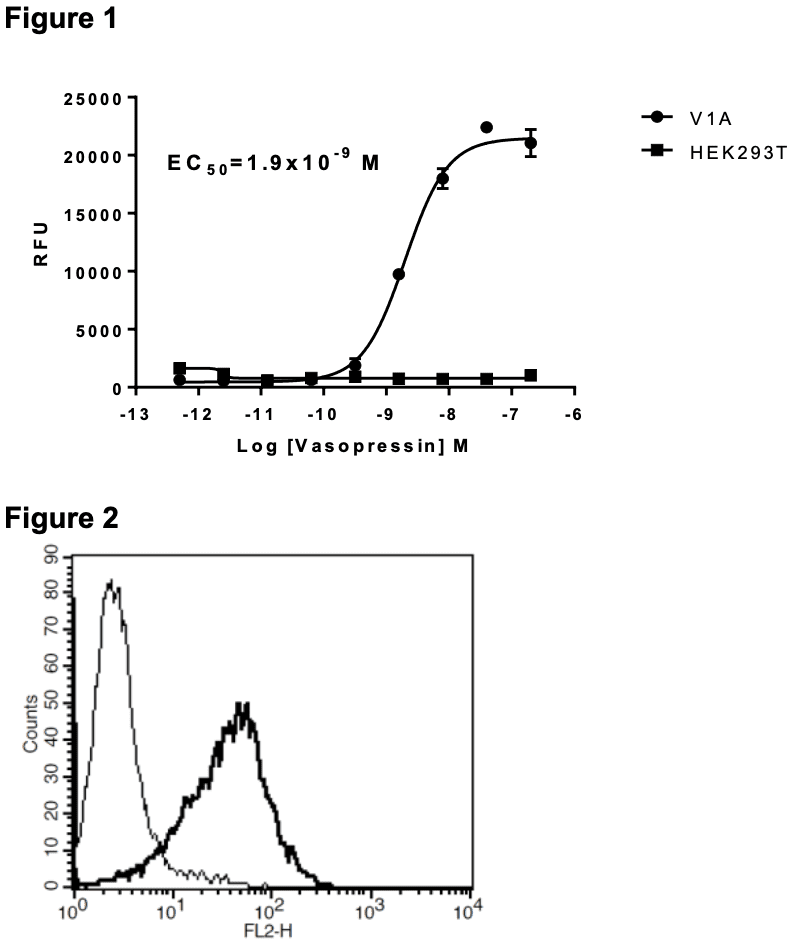