More specifically, for immunizing animals to generate GPCR antibodies or screening GPCR antibodies, small molecules or peptide binders, high cell surface expression is generally beneficial. In contrast, it is far more complex when it comes to developing stable cell lines for the purpose of cell-based assays. Depending on the modality of the high throughput screen and the pharmacology of each GPCR, different expression levels may be appropriate for different GPCRs and different screens. There isn’t a one size fits all.

To meet the needs of various drug discovery and research interests, Multispan developed its own patented proprietary vectors, designed for robust surface expression of GPCRs and other multi-transmembrane proteins in mammalian cells. Combined with Multispan’s in-depth know-how in cell engineering and single cell cloning, these proprietary vectors are part of an innovative, powerful and versatile GPCR expression technology platform.

To break down the applications of this expression platform, we share 2 examples.

Example 1. We have been tasked with generating stable cell line clones that can clearly discern differences between full and partial agonists for a variety of GPCR targets, while maintaining confident assay windows for partial agonists. One of such example was to engineer a stable cell line for assaying Dopamine receptor D1. To do this, we cloned the full-length cDNA of Dopamine receptor D1 receptor into our proprietary expression vector, transfected and cloned stable cell lines in 96-well microplates, and carefully selected functional clones while monitoring surface expression of the D1 receptor.

As demonstrated by this example, Multispan’s GPCR expression technology platform has the versatility and power to address a variety of cell-based assay needs, where the intricacies of receptor expression levels are key factors in determining success.

Example 2. Generating antibodies that can modulate GPCR function hasn’t been an easy quest. The challenge comes from limited accessibility of functional epitopes, the requirement of membrane for the integrity of the 7-transmembrane GPCR protein structure, and the relative high homology of GPCRs to animal orthologs throughout evolution. Cell-based immunization with overexpressed GPCRs has been shown to effectively induce immune response. To use cells as immunogen, high expression of the membrane target is critical. The Multispan team has been able to leverage our proprietary expression platform to generate high expression cell lines that produce over 1 million GPCR molecules per cell surface, when such extreme high expression is beneficial. These high expression cell lines can not only serve as effective immunogens but also as dynamic tools in binding assays, including radioligand membrane binding, cell-based ELISA and FACS single cell binding. 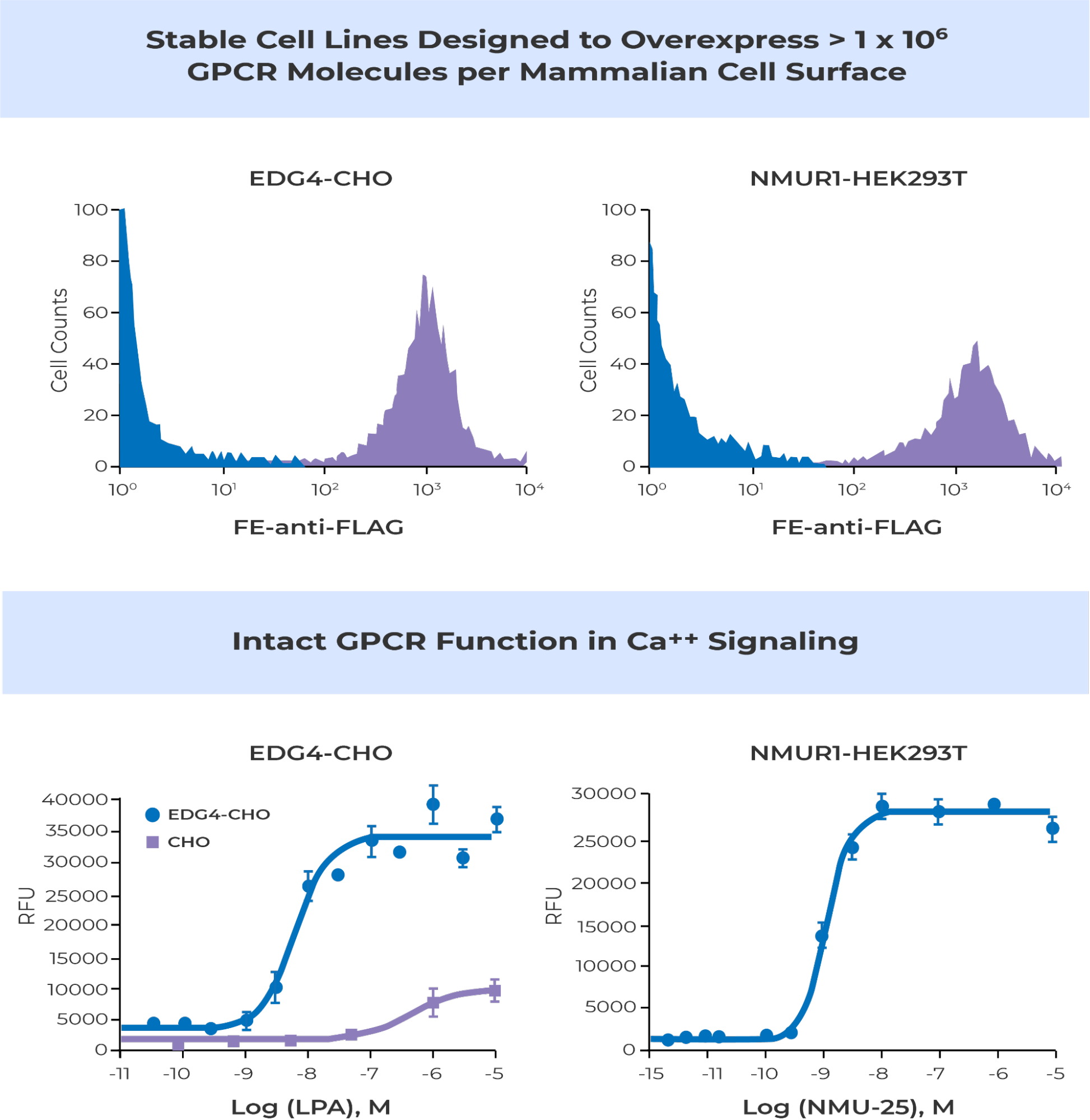