Background: δ opioid receptor (DOR) inhibits neurotransmitter release by reducing Ca++ currents and increasing K+ conductance. In rats, morphine tolerance is associated with DOR-mediated activation of cortical CCKergic systems. There are indications that some DOR antagonists produce potent antitussive effects and may be considered as candidates of antitussive drugs. In contrast, some DOR agonists have shown antinociceptive, seizuregenic and convulsive properties, implicating a role for the DOR in depression. Early clinical experiments have demonstrated that exogenously administered opioid peptides had antidepressant activity in human patients, suggesting that the receptor may provide a new therapeutic target for treating depression. 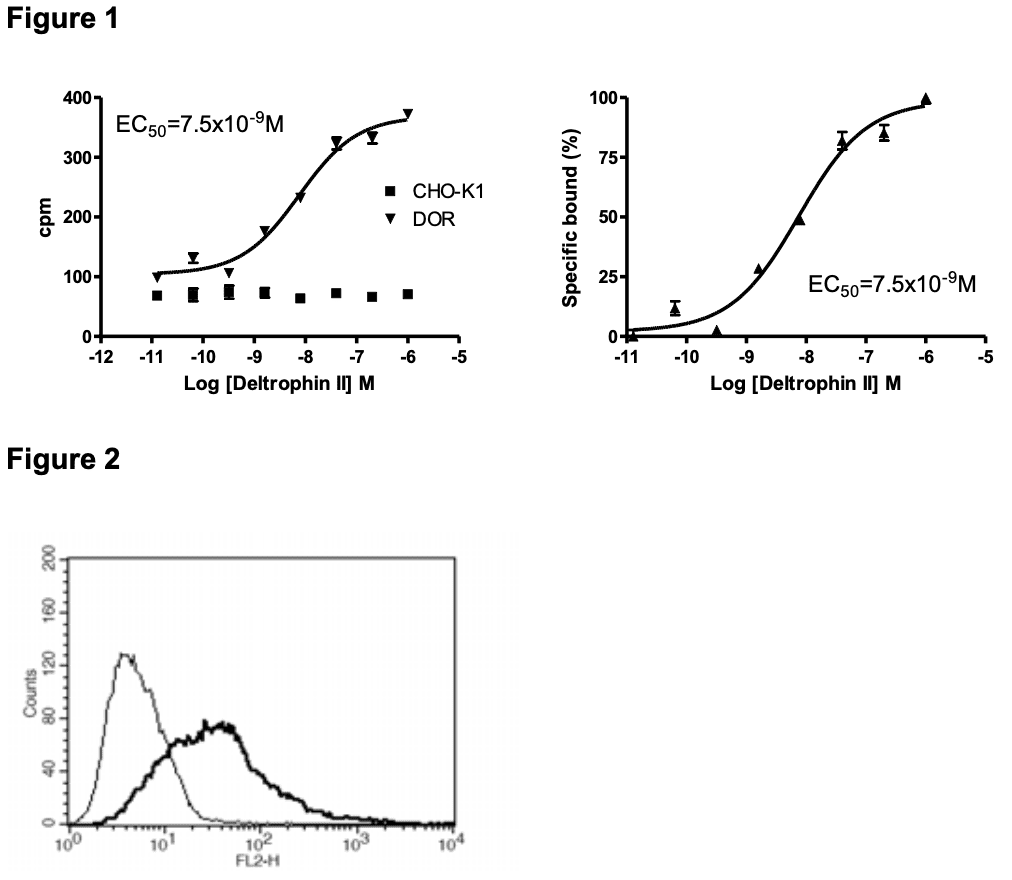