Details inevitably get lost in the transfer of cell lines, reagents, and protocols of cell culture and HTS assay from site to site. As a result, redundant learning, relearning, and troubleshooting leads to significant wasted time and cost. The elimination of these transfer steps by performing cell engineering, assay development and compound screening in one site argues strongly for time and cost-efficiency. Multispan excels at all three! Our 1000 HTS-ready MULTISCREENTM GPCR cell-based assays can further help shorten the timeline by jumpstarting the screens. It is also noteworthy, the newly developed MULTISCREENTM β-Arrestin Sensor makes HTS for orphan GPCRs (oGPCRs) possible for the first time in their untagged native form. 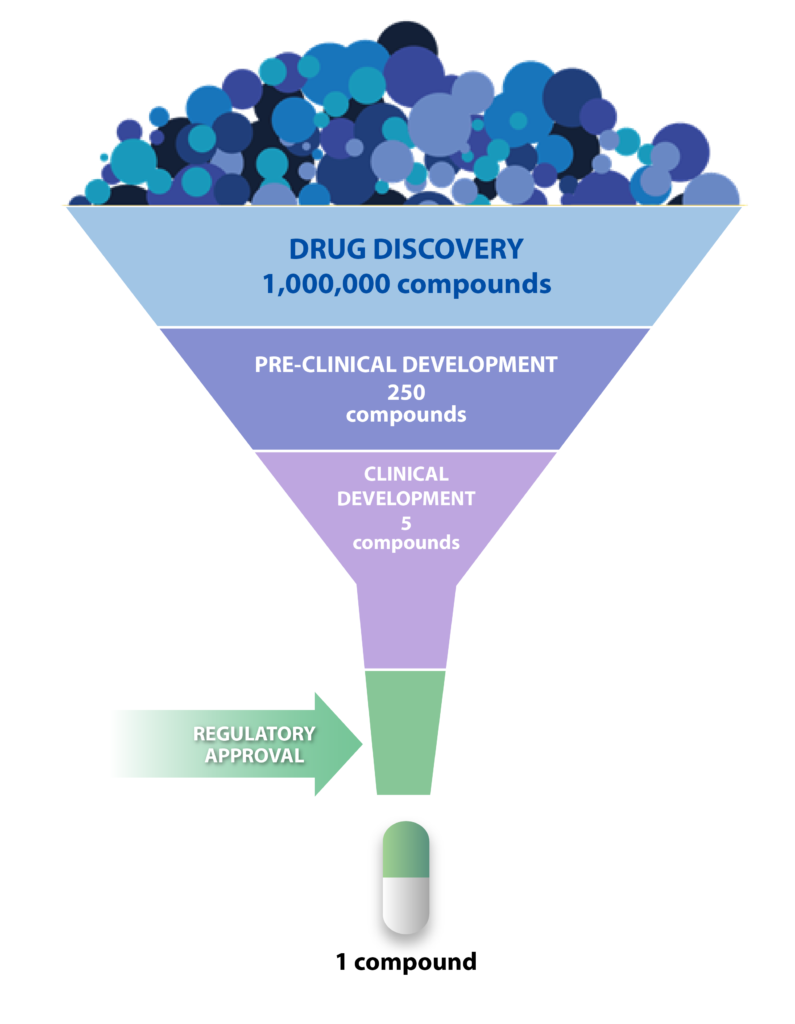 In our compound profiling assay services and high throughput screening services, quality and speed are our priority.

We make sure not only our cell-based HTS assays run with expected pharmacology determined by control ligands, but also the Z-factor or Z’ meets the HTS requirement at 0.5, which we exceed most of the time. Such controls are included in each 384-well microplate. In the very rare event that data from a control compound didn’t run as expected or consistently, we would repeat the whole plate with no questions asked. The entire dataset from control and testing compounds is shared in raw and analyzed formats. It’s of the utmost importance that we offer 100% transparency in data sharing so that our clients can draw the right conclusions based on complete facts.

We were asked by a virtual biotech company to help develop an HTS screening funnel for a nuclear hormone receptor. We started by studying the literature and brainstorming with academic KOLs to gain thorough understanding of the target biology and potential assays that can be developed. We developed 2 sets of assays in tandem: a reporter gene assay as the primary screen and a phenotypic assay using endogenous readout as the translational screen. Both assays were developed in human and rodent species, the latter matching the animal model that will be used later in the program. We conducted routine screens in the primary assay every other week with 1-day turnaround whereas the translational assay every other month with also 1-day turnaround. The program successfully progressed until a lead candidate was selected for IND.

Our combined expertise in cell engineering, assay development and high throughput screening has allowed us to build a consistent track record in high performance at high efficiency over nearly 2 decades.

Our compound profiling and high throughput screening services are aimed to bring extraordinary time and cost savings to our clients in drug discovery from target to IND.

Article: Strategies and Tools to Develop a Better GPCR-Targeted Therapeutic